In the May issue of 2014, I review Mark De Geest’s book Brave Little Belgium, about the German occupation of Belgium in World War I, incredibly, 100 years ago this year.

In April 2014, a personal reflection on the role barn swallows play in my life.

Let it snow, let it snow… As North America is tortured by heavy ice storms, I regret the lack of snow in my life in De Krant’s January 2014 issue. Happy New Year!

In the October 2013 issue of De Krant, my op/ed about the proposed Québec Charter of Values was published (in Dutch). 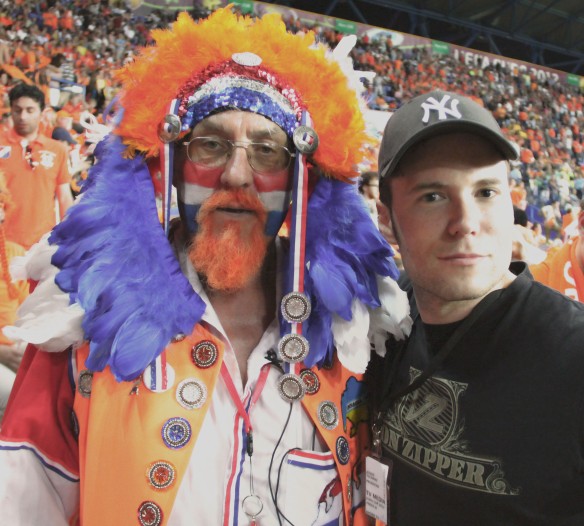 My article on KICK, the documentary about soccer fanaticism by Canadian director Josias Tschanz includes a Dutch chapter. More about the Orange Indian, Holland’s iconic soccer fan, on page 1 of the September issue of De Krant.